ИНФОРМАЦИЯ ЗА ИГРАТА:
Join the ranks of royalty...then go right back to killing monsters and taking their stuff. In style. We're putting the rage in peerage! Munchkin Princesses: all the noblesse, none of the oblige.

This 15-card booster pack has cards for every Munchkin fan: new monsters ("Prince Charmless" and "The Eighth Dwarf"), new Treasures ("Glass Sneakers" and the "Genetically Modified Apple") and, of course, the "Princess" card itself. In fact, two Princesses! 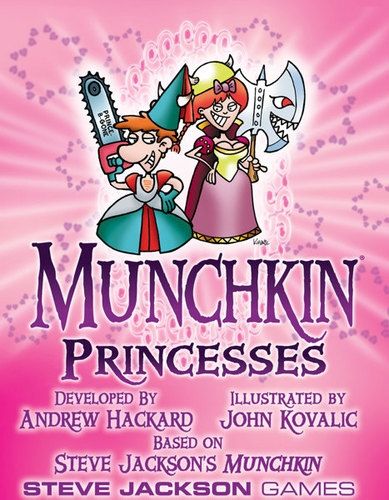 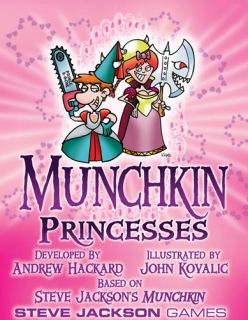