If you loved Munchkin... look out. Here they come again.

"I'm a Ninja with the Dragon Tooth Katana!"
"I'm a Monk with the Sai of Spleen Mangling. Fear my Drunken Monkey Kung Fu!"
"I'm a Yakuza with a gun. Run away!"

The Munchkins are back! Now the game is chop-socky Hong Kong action. The characters are Samurai, Ninja, Yakuza, and Monks. The foes are mooks, demons, and assorted bad guys from all the worst martial arts films you've ever seen. Collect treasures and learn new styles to build up your character's powers. Kill the monsters, take their stuff, and be the first one to 10th level!

Created by Steve Jackson (I). Munchkin Fu is completely compatible with the entire Munchkin line. 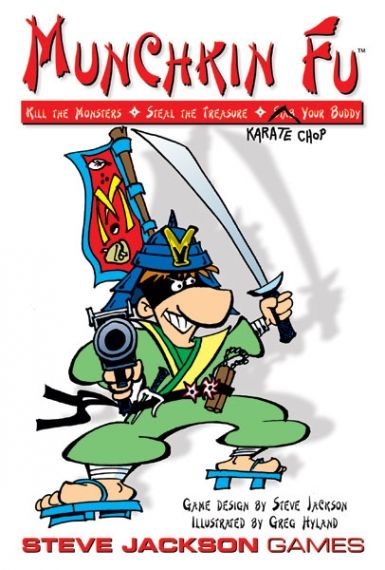 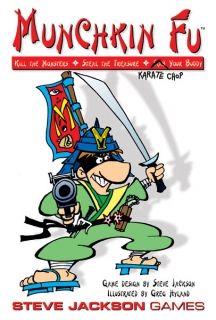