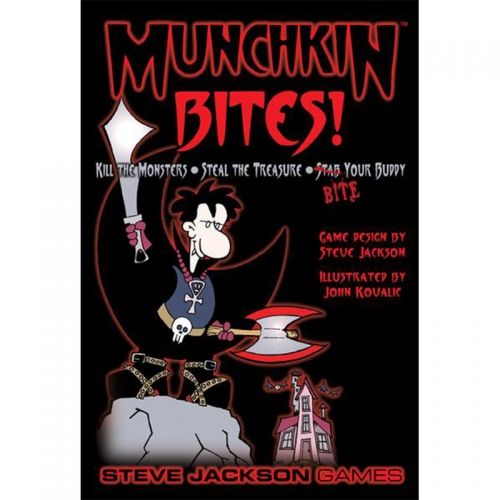 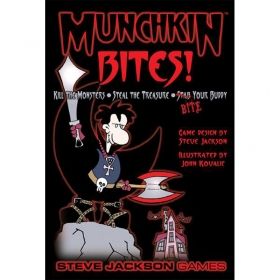 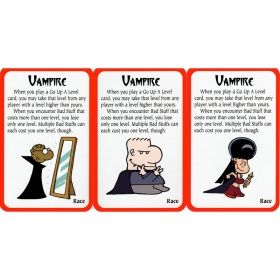 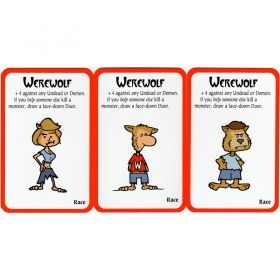 It's the World of Dorkness!

The Munchkins are now vampires, werewolves and changelings. Bash through the haunted house and slay the monsters – the other monsters, that is. You can't slay your fellow munchkins, but you can curse them, send foes at them, and take their stuff.

Munchkin Bites! is a standalone game, which can be combined with other Munchkin games. With illustrations John Kovalic, you'll see Igor, Gilly, and all the other Dork Tower characters in their munchkin-vampire finery, so bring along your Coffin (+3!) and wield The Sword Of Beheading People Just Like In That Movie. Face foes like the Banshee, the Heck Hounds, and the dreaded Were-Muskrat. Smite them all, and be the first to Level 10...