In Whizz Bing Bang, a quick card game for 3 to 6 players, players take turns reading the top card of the deck, with the word on that card dictating how gameplay will continue:

Penalties for playing out of order, slapping the deck when no Boom was played, being last to hit the Boom card, playing too slowly, etc. are distributed in the form of tokens, with players starting with one face-down token for each sound: Whizz, Bing, Bang, Boom (ordered low to high). The player who is first to hit the Boom card gives a token to the player who hit it last, but in all other penalty situations, players must race to find the lowest face-down token they hold and give it to the penalized player face up; whoever does so first gives the token away while all other players keep theirs and reshuffle them. When one player gives his Boom token away, each player scores one point for each token he holds. When a player has scored 15 or more points, the game ends and the player with the fewest points wins. 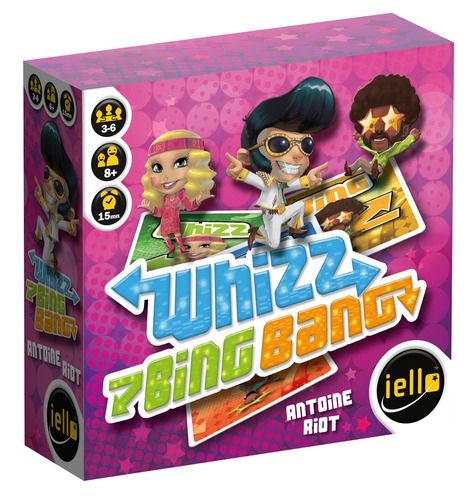 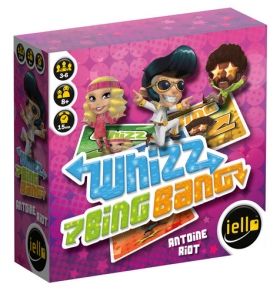