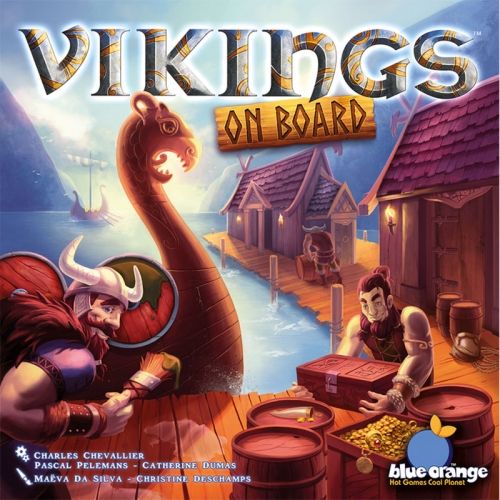 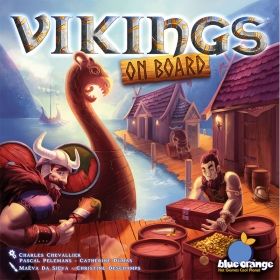 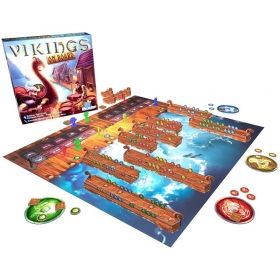 Vikings on Board is a family-strategy/worker-placement game in which your objective is to set sail with your clan of Vikings on board the ships best supplied for a successful voyage, while simultaneously placing bets on which clan you think will control each ship as they set sail.

Ships are divided into three sections: the front (bow), the middle (body), and the end (stern). During the course of the game, you will place supplies on the ships’ bows, while moving around their body pieces so that your clan has majority control of a ship when it sets sail. Stern pieces are used to show which ships have already set sail.

Each turn, the active player will perform one of the remaining available actions. Actions include: taking first pick of actions next round, rearranging ships' pieces (x4), placing bets on ships (x2), adding supplies to a ship (x2), increasing the value of supplies in the market, or setting sail.

When a ship sets sail, players will share its supplies in order of how many times their clan's shield appears on the body pieces of that ship. Starting with the player with the most shields, players will claim a supply token of their choice from the bow of the ship and place it facedown on their scoring circle. These supply tokens will score points based on their value in the market at the end of the game. Additionally, if a player placed a bet on the clan that had majority control of the ship, then they take their winning bet and place it facedown on their scoring circle.