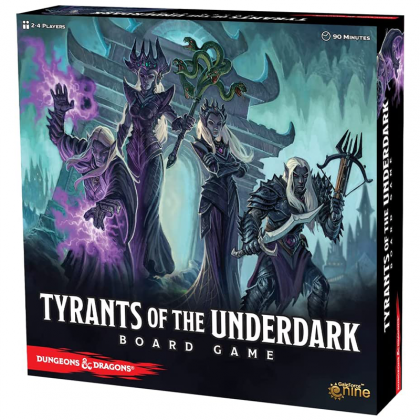 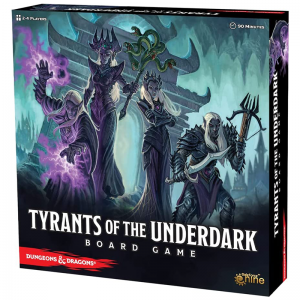 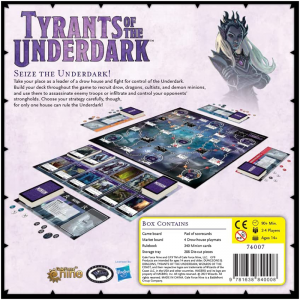 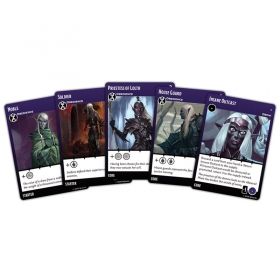 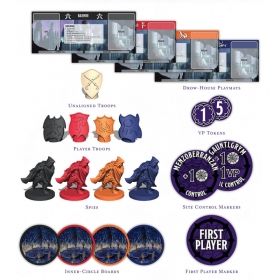 Tyrants of the Underdark is a territory control game with a deck-building element.

Each player leads a house of Drow in a section of the Underdark below the Sword Coast. The Drow house is represented by a deck of cards, with each card being a minion in that player's deck. Each minion belongs to one of five aspects of Drow society, and those aspects correspond to different strategies in the game, e.g., malice minions excel at assassinating opponents' troops, while ambition minions are best at recruiting additional minions and promoting minions to your "inner circle", which is a special zone that increases their value at the end of the game.

When you set up the game, you create an 80-card deck by shuffling two 40-card half-decks together, with the half-decks being Drow, Dragons, Demons, and Elementals.

A central marketplace has new minions that can be recruited through influence, one of two resources in the game; purchased cards are placed in your discard pile, then shuffled together with other cards in your deck when needed. The other resource is power, which allows you to place troops on the game board, expand your forces across the map of the Underdark, manipulate happenings in the city, and assassinate enemy troops.

Players gain points by controlling sites, recruiting valuable minions, promoting minions to your inner circle, and assassinating troops, and whoever ends the game with the most points wins.