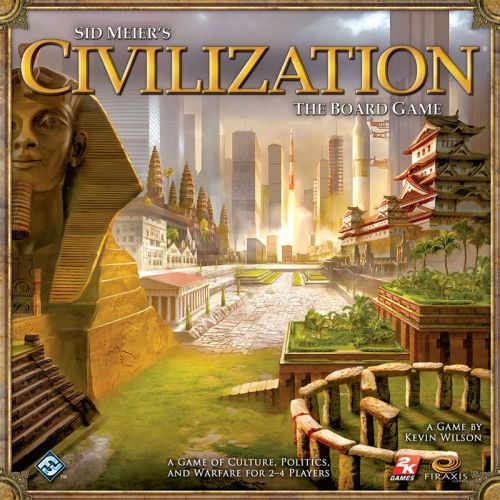 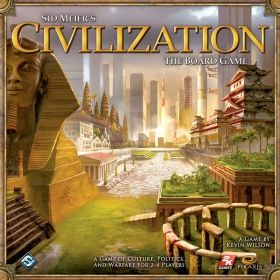 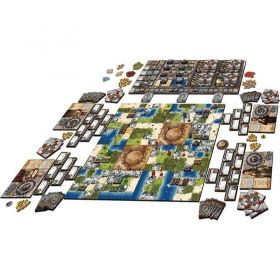 Before you lies a vast bounty of land, ripe for the plucking. Your meager beginnings will influence the paths you must take. Lead your people well and they will take you to infinite heights of greatness. If civilization manages to endure the ages, your name will hang in every whisper of its legacy...

Fantasy Flight Games is excited to announce the upcoming release of Sid Meier’s Civilization: The Board Game! Forge an empire to stand the test of time using innovative game mechanics with multiple paths to victory.

Will you lead the greatest army in the world to conquer your foes? Or will you be the first to journey to the stars, becoming the most technologically advanced civilization known to man? The choice is yours.

Designed by Kevin Wilson, Civilization: The Board Game is inspired by the legendary video game series created by Sid Meier. Players are tasked with guiding an entire civilization throughout the ages, taking ownership of your people’s technology, economy, culture, and military, as well as all the choices that go along with them. There are four different paths to victory, and each is riddled with opposition.

In Civilization: The Board Game, 2-4 players take on the roles of famous leaders in charge of historical civilizations, each with their own abilities. Players will be able to explore a module game board, build cities and buildings, fight battles, research powerful technology, and attract great people by advancing their culture. No matter what your play style is, there is a civilization for you!

Players start off with a single city, one army figure, and one scout, and from these meager origins you must forge through the ages and become the greatest civilization in the world.