ИНФОРМАЦИЯ ЗА ИГРАТА:
The first expansion for Battlestar Galactica: The Board Game, Pegasus adds two new supplemental game boards featuring the Battlestar Pegasus and the planet New Caprica, seven new characters, two plastic Basestars, as well as new Destination, Crisis, Loyalty, Quorum, Super Crisis, and Skill cards.
The new Pegasus board can be used by itself or together with the New Caprica board to create the game you desire – the Pegasus alone for the additional firepower she provides, or add the New Caprica board to simulate the rebellion on the new human colony, bringing the game to an epic level.
New rules introduce the ability to play as a new character type – the Cylon Leader, with a new Treachery Skill card type. 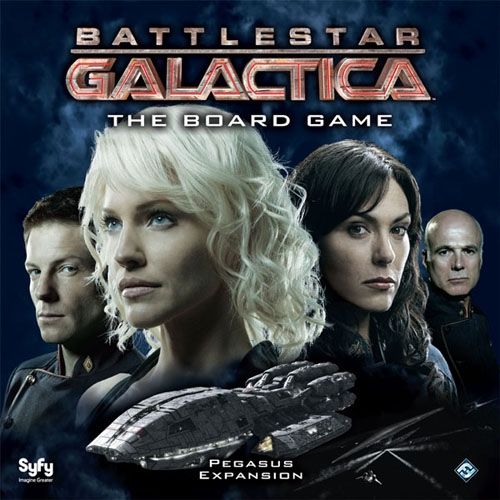 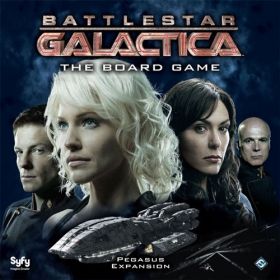 The Cylons were created to make life easier on the Twelve Colonies. And then the day came when the Cylons decided to kill their masters. After a long and bloody struggle, an armistice was declared and the Cylons left for another world to call their own.