With the Kyndrithul Lieutenant Pack, you can request the aid of Kyndrithul, lord of House Dalibor, a renowned sorcerer, and a vampire. Of late, Kyndrithul has withdrawn from the politics and backstabbing ways of his vampiric kin. Instead, he prefers to study his sorcery, daily growing in knowledge and power. Now, you can unleash Kyndrithul’s dark powers on any Descent campaign with the aid of his Vital Essence Plot deck.

The Vital Essence Plot deck invites you to drain the life from the heroes and leave them to bleed out. This Plot deck centers around the Broken Plot card. Whenever a hero is defeated, you can exhaust Broken. Then, instead of gaining a threat token or drawing an Overlord card, you can place a threat token on one of the hero’s Class cards with a fatigue cost. Whenever the hero attempts to trigger that Class card, he must spend one additional fatigue. By slowly increasing the number of fatigue tokens a hero must suffer, you can leave the hero party too exhausted to continue their quest.

If you summon Kyndrithul himself to fight alongside your monsters, you’ll find that he’s a deadly combatant. Kyndrithul can harness his sorcery to attack and feed on the bodies of fallen heroes to restore his own health. As your agent, Kyndrithul may even enthrall the heroes, fostering dissension in their ranks and tearing them apart from within.

Just as Ardus Ix’Erebus has had centuries to perfect his battlefield tactics, he’s had immeasurable experience engaging in combat personally, making him one of the most dangerous warriors in Terrinoth. When Ardus joins you as your agent in another campaign, you may flank your opponents with other monsters, cut through their defenses with a forceful blow, or rally your warriors around you to make a single devastating push. Whether Ardus Ix’Erebus fights on the front lines or commands from afar, he’s undoubtedly one of the greatest assets available to you. 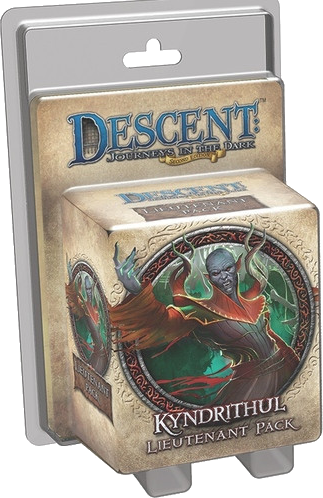 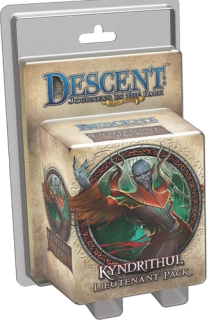