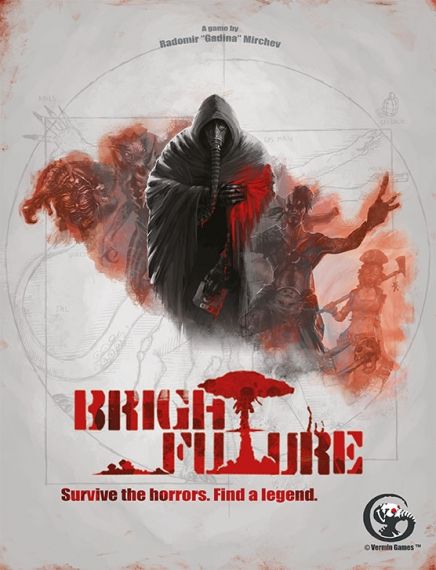 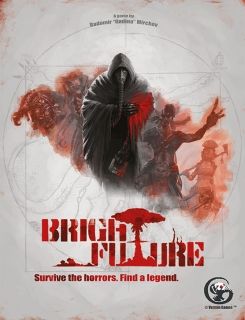 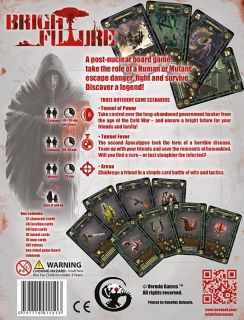 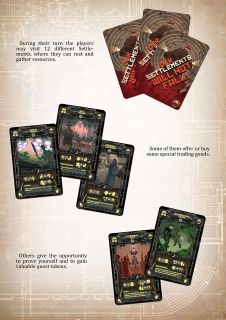 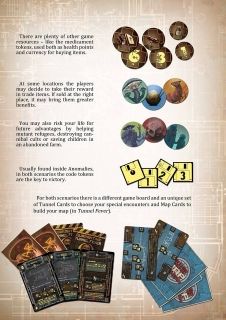 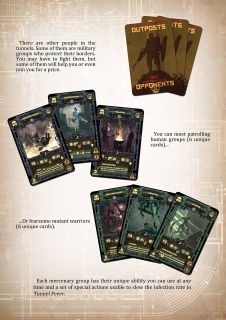 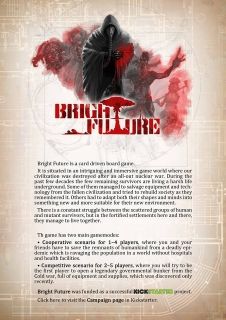 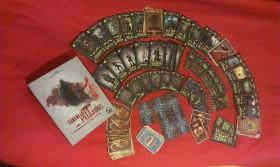 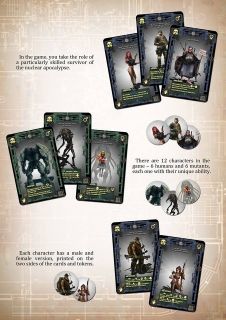 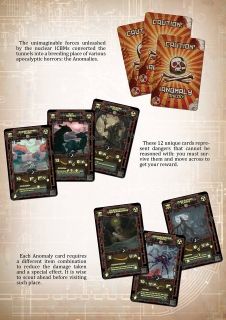 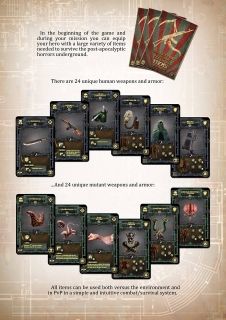 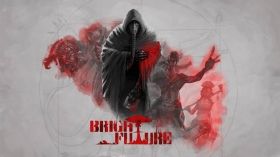 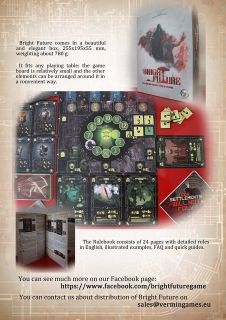 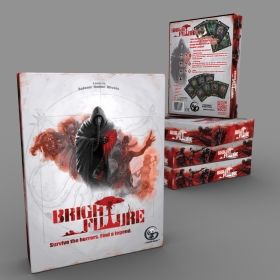 A post-nuclear board game: take the role of a Human or Mutant underground in Sofia, escape danger, fight and survive... Discover a legend!

Bright Future is a card driven board game.


It is situated in an intriguing and immersive game world where our civilization was destroyed after an all-out nuclear war. During the past few decades the few remaining survivors are living a harsh life underground. Some of them managed to salvage equipment and technology from the fallen civilization and tried to rebuild society as they remembered it. Others had to adapt both their shapes and minds into something new and more suitable for their new environment.


There is a constant struggle between the scattered groups of human and mutant survivors, but in the fortified settlements here and there, they manage to live together.

The game has two main scenarios and a simple game mode for two players:


• "Tunel Fever": cooperative scenario for 1–4 players, where you and your friends have to save the remnants of humankind from a deadly epidemic which is ravaging the population in a world without hospitals and health facilities.

• "Tunel of Power": competitive scenario for 2–5 players, where you will try to be the first player to open a legendary governmental bunker from the Cold war, full of equipment and supplies, which was discovered only recently.

• "Arena": game mode for 2 players, where you could challenge a friend in a simple card battle of wits and tactics.

You can play as a human or as a mutant, choosing from 12 characters (the Stalker, the Soldier, the Courtesan, the Thief, the Junk Dealer and the Rat Catcher; the Shapeshifter, the Devourer, the Carapace, the Mole, the Little Boy/Girl and the Queen. Еvery one of them has a special skill. You can equip your hero with a large variety of unique race-specific weapons and armor... So let your fight for survival through the tunnels begin! Perhaps a Bright Future awaits you somewhere there...