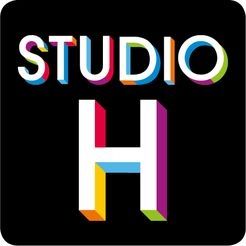 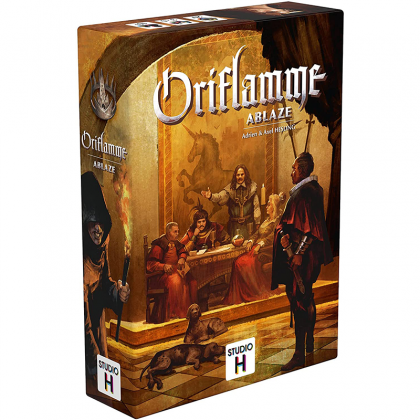 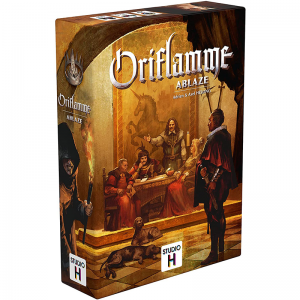 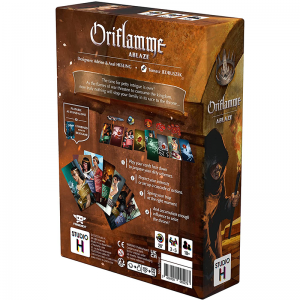 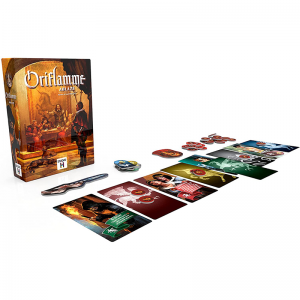 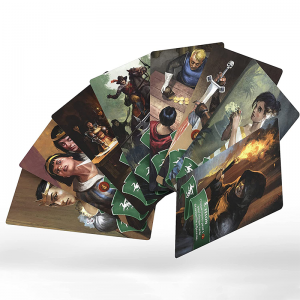 The much awaited expansion to the 2020 French "Game of the Year" Oriflamme introduces 11 new cards with powerful and synergistic abilities! The time for petty intrigues is over, war is decloared, now truly nothing will stop you in your race to the throne. Oriflamme Ablaze is fully playable as a stand-alone or with the base game for endless replayability and combinations!

Each player uses the same deck of 10 cards, playing them face-down before revealing them in a timely fashion. At the start of the game, each player receives a set of 10 cards from their family, representing its agents and schemes, and randomly set aside 3.

Each of the 6 games turns is dividing into 2 phases.

1. First, each player plays one of their cards face-down in the central line, at the beginning or end of the line, or on top of one of their own.

2. Then, from left to right, we point at each card one after another.

If a card is face down:

The player can choose to keep it face-down and place one Influence point on top.

If they reveal it, they take any points on it and trigger its effect.

If a card is already revealed, its effect is triggered every turn until the end of the game.

Card effects allow players to score points, interact with other cards in the line (eliminate, move) and set-up traps and combos.

After 6 game rounds, the player with the most influence points wins the game.