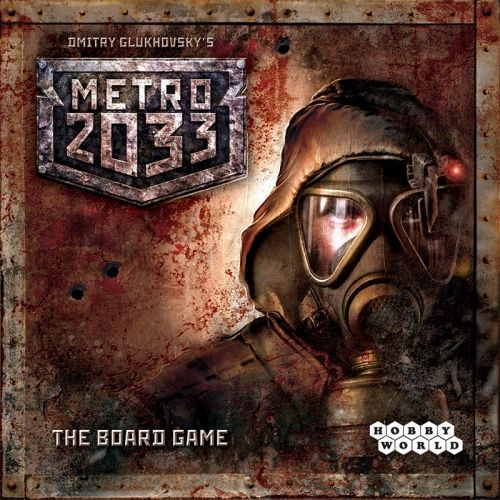 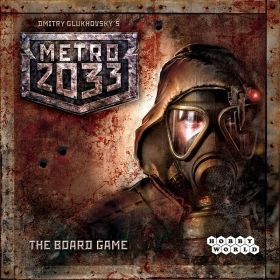 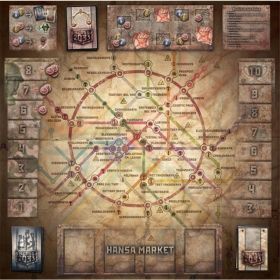 Welcome to the future

The year is 2033. The world is in ruins. All the major cities have been wiped away by a nuclear war. Flooded with radiation, the planet surface is largely unfit for life. Handfuls of survivors have found refuge in antinuclear bunkers, the largest of which is the Moscow Metro. The Metro has become humanity’s last haven after Judgment Day.

Metro 2033 is based on the popular Metro 2033 universe created by Russian writer and journalist Dmitry Glukhovsky. After the nuclear strike, thousands of survivors have found refuge in the Moscow underground (a.k.a., the Metro) — the biggest shelter in the world. In the stations and tunnels deep below the surface a new civilization emerges.

Each player is a leader of one of the many factions of post-nuclear underground. In order to win, a faction has to achieve ten victory points (VPs). Each station under the faction's control gives it 1 VP; different quests also bring VPs when completed. The other way to win is to capture all four stations of Polis — the cultural and political heart of Metro. Each faction has a hero at its disposal. Heroes can travel the underground, gain quests and equipment that increases their abilities, fight opponents' heroes, attack stations, and so on. The army of a faction can also attack stations, and usually with better chances to win, but it can target only adjacent stations. Stations under factions' control produce resources — pigs, ammo and mushrooms — that are used to capture new stations, strenghten the army, buy equipment and obtain quests. The production of resources and other game events are determined by a special sequence. This sequence tells what will happen each round: production of certain recources, a vote for a new law, or a sudden attack from the dark that must be repelled.

Players can attack stations with their armies or their heroes. Both have strength that may be increased by hiring new troops or buying useful equipment. When attacking a neutral station, the army/hero fights a random threat from the special deck and has to beat its strength. When attacking an opponent, the attacker confronts his army or hero. In battles between players a special set of combat cards is used; these cards give various bonuses to strength depending on the card chosen by the opponent, so the goal is to deduce which combat card will be used by the other side.