THE MANHATTAN PROJECT 2: MINUTES TO MIDNIGHT 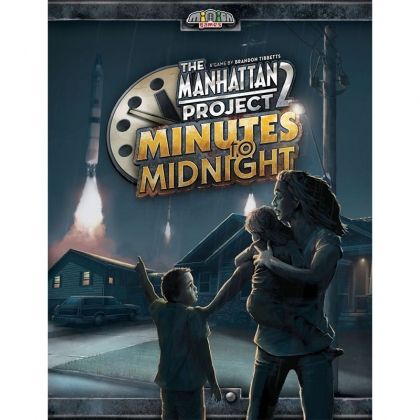 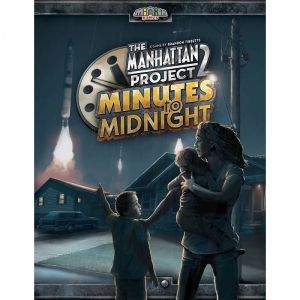 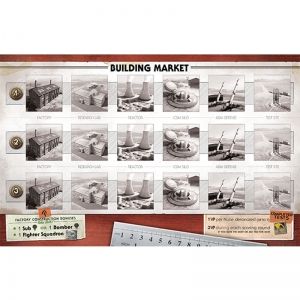 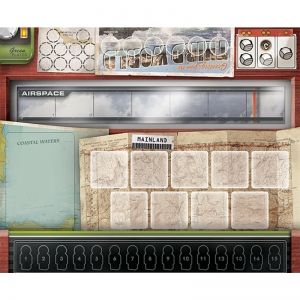 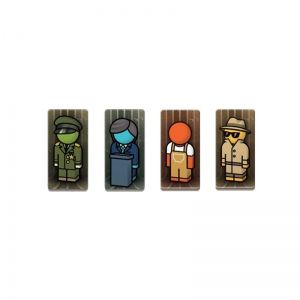 20 years after the end of The Manhattan Project, the superpowers of the world are embroiled in another vicious arms race. Manufacturing nukes is no longer an obstacle; all nations are now capable of churning them out at a rapid pace. The challenge of this era lies in the development of various delivery systems called the "Nuclear Triad:" strategic bombers, ballistic subs, and land-based ballistic missiles.

Each player represents one of the superpowers in the arms race. At staged intervals, scoring is conducted in one of 4 categories:

In addition to earning points for deploying nukes during the scoring rounds, players can also earn defensive bonuses for mitigating the risks imposed against them.

The game ends after all of the scoring events have been completed. The player with the most points is the winner.

To help along the way, you will recruit 4 different kinds of workers:

You will also construct and operate 6 different kinds of buildings:

Minutes to Midnight is a standalone game. It is part of The Manhattan Project line from Minion Games.