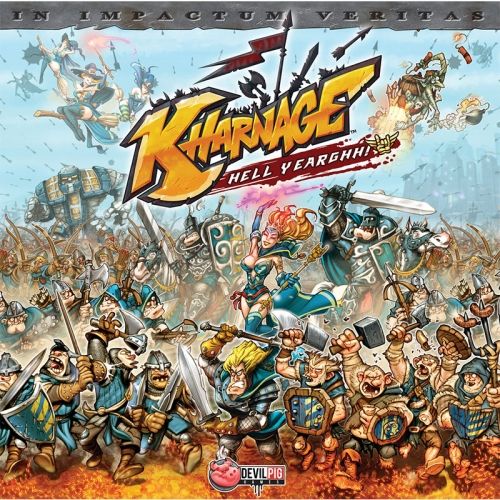 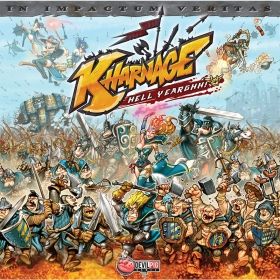 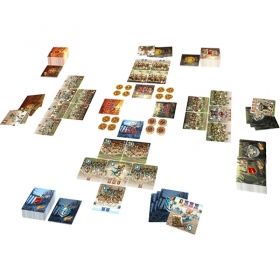 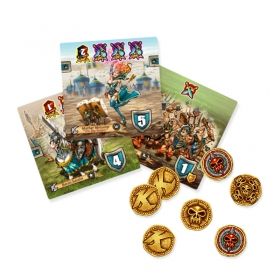 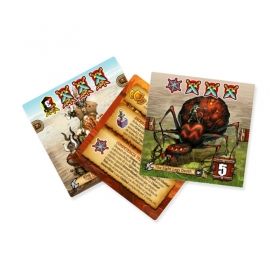 Kharnage is a fast and fun fighting game in a med-fan world in which you are the warchief of the mighty humans, the strong (and alcoholic) dwarves, the amazing horde of goblins, or the ferocious orcs (and their giant!). Your goal in Kharnage is to take control of something strategically essential, astoundingly beautiful, and envy of all other nations: a hill. Yes, just a hill. Admittedly, it is a nice hill. It may have a very commanding view of the surroundings, or it may not. You won't know until you get up there! To do so, you're going to have to drive off the armies of the other players by simply causing as much mayhem and bloodshed as possible.

Each turn, you choose one battle card. The player with the lowest initiative value begins and:

Each time a player totally destroys an opponent army, they must yell "KHARNAGE!", loud and clear, and stomp the table. They then take a Kharnage token worth 1 domination point. The other players must cheer them on by yelling "YEAH!"; if not, they lose a Kharnage token if they have one.

After four rounds, the warchief with the most domination points wins!