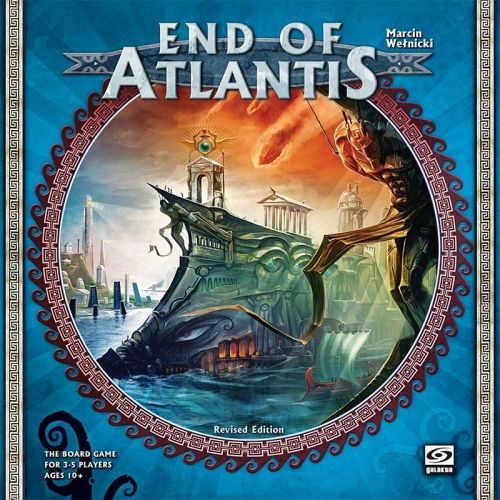 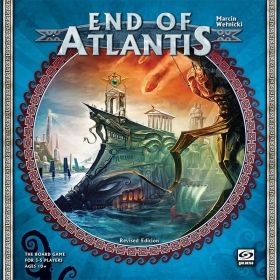 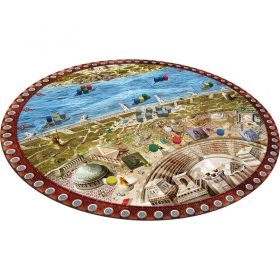 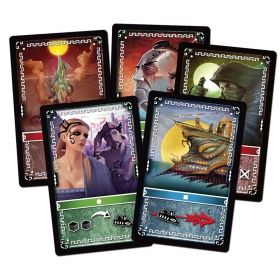 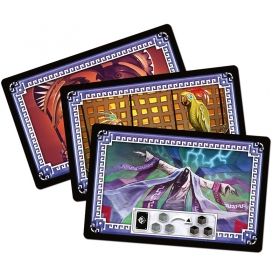 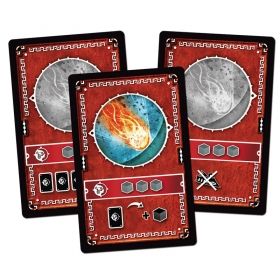 In End of Atlantis: Revised Edition, you and your fellow players become leaders of powerful noble families faced with a prophecy of a certain, impending doom. The stone pillars of fate are falling apart while your carpenters and shipwrights toil ceaselessly building new ships for your people to escape from the mythical island before it is swallowed completely by the hungry ocean — and yet the senators and political factions still bicker for power, heedless of the tragedy of their nation. It is your sole responsibility to manipulate their decisions for the good of your vassals. You will have to evacuate as many as you can to the New Land using different fantastic vessels, hoping that the Atlaneans will recover and their legacy will endure for millennia to come.

End of Atlantis: Revised Edition, created by the acclaimed Polish game designer Marcin Wełnicki, is an upgraded and reinvented version of a great and masterfully illustrated game of strategy based on a unique action execution and resource management system. Each player will use various methods to achieve victory: senate factions that provide different abilities, politics cards with different actions, and special cards that change the flow of the game. You should also keep in mind that as the game progresses, global events will unfold - if used to your advantage, they may push you ahead or completely hamper your doings... and that's on top of other players plotting against you!

In comparison to the first edition of End of Atlantis, some major changes have been made. Firstly, the game is shorter and more dynamic thanks to completely new event cards which now affect the game from the very first round. At the same time, it's also more strategic as you can see future event cards and plan accordingly. Secondly, the mechanism used for choosing senate factions has been simplified and the factions themselves have many new, exciting functions and abilities. Thirdly, many politics cards have wider applications, allowing players to affect the game flow in more profound ways and giving them more flexibility in adjusting to the current in-game situation. Finally, the game and its rules have been generally streamlined and clarified with long card descriptions gone - "End of Atlantis: Revised Edition" is now fully language independent; you just need to master a few intuitive icons and keep on playing!

Think, scheme and manipulate, and use every trick and tool at your disposal to secure your place among the survivors of the New Land — and whatever you do, remember that every alliance is easily broken in the face of the apocalyptic disaster that awaits just beyond the horizon!