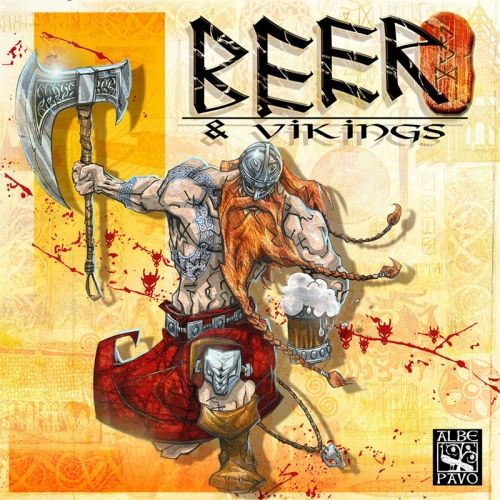 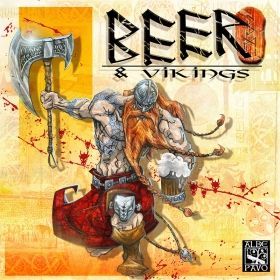 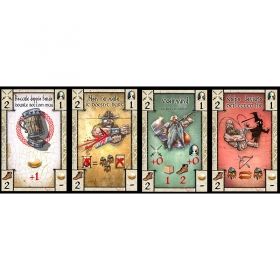 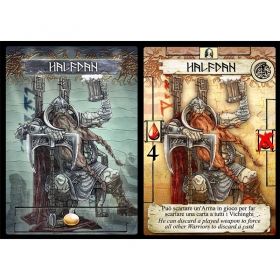 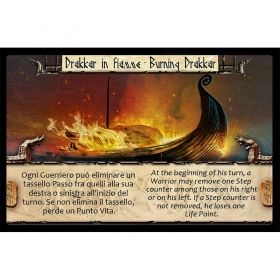 A few viking warriors sit at a table in smoky long hall, talking and bragging about war axes, women and pillages. Beer flows freely, but not even the cellars of Byggvir, the God of Beer, could quench the thirst of Nordland's greatest warriors. Servants run for cover, knowing full well where all this is going. Suddenly an eerie silence fills the common room. On the table, only one full cup remains. Who will get the last drink? Not a single step back is allowed to the warrior who wishes to enter Valhalla. One single thought in everyone's mind: may Fenrir eat the sun, that beer will be mine! All vikings laugh at the thought of death, draw their war axes, joining the fight at the call of "OOOODIIIIIIIIIIN!"

In Beer & Vikings you are a fierce and thirsty viking warrior, willing to do anything to get the last cup of beer. The winner is the most drunk viking – in game terms, the player who has collected the most beer drink counters – at the end of the sudden death round.

Be wary, though, for drinking too much will dull your wits and mastery with the war axe. Each drink of beer prevents you from using one of your resources, be it a weapon, an item, or even your personal skill! You must always be wary not to drink too much or you risk becoming a defenseless sot in the hands of your enemies. On the other hand, you will be able to burn up some of the beer you have drunk to obtain significant bonuses which may well save your life. Show yourself as the wise warrior you are and balance your strategy with care, not burning up too much beer, thus finding yourself in the rear at the end of the game, when the cup is empty and the sudden death round begins. Those who will succumb to their enemies' blows won't be eliminated from the game, but will become Spirits of Loki, the thirsty god of evil, and team up with the other Spirits to attack the living, aiming to steal their beer. Raise your glasses (and your axes)!

Beer & Vikings introduces 112 brand new cards! including a new type of cards called "Valhalla" which provide you a strong ability during the match – but to obtain them you need to kill an opponent. Thus, to gain this power you must generate a vengeful spirit first. Be careful when you follow the Valhalla way...