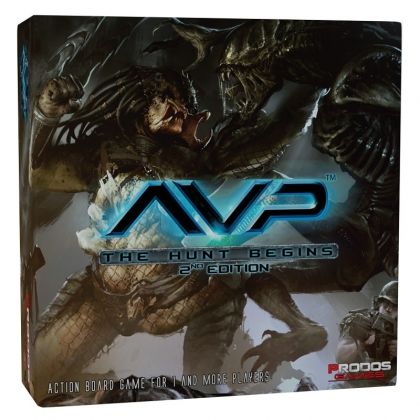 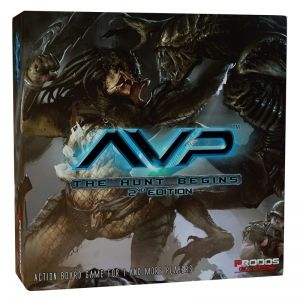 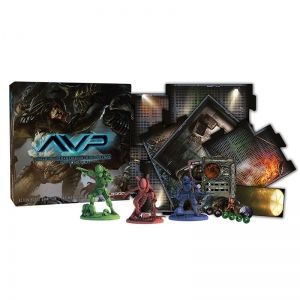 Alien vs Predator: The Hunt Begins is a dynamic, tactical board game for one or more players that allows you to take control of one of three Forces: Alien Xenomorphs, Predator or Human Colonial Marines and face off against each other on a derelict spacecraft called the USCSS Theseus.

From Alien Xenomorphs skulking in the shadows, waiting for the moment of weakness to pounce on and capture new hosts for the brood, to the well-trained Colonial Marines who are geared up with state-of-the-art equipment and finally to a mysterious race of brutal extra-terrestrial Hunters that the humans call Predators, each Force offers a unique set of skills to provide their own diversity to the gameplay. There’s no shortage of terror and excitement in Alien vs Predator!

Alien vs Predator offers many challenging game types, which can be played by one or more players and a main campaign consisting of 10 Missions joined together into a narrative story depicting dramatic events taking place on board the USCSS Theseus, this game provides hours of suspense and action! Alien vs Predator can also offer two sets of rules (Basic and Advanced) which offer beginners a chance to jump into the action easily but allows for depth and growth for experienced gamers alike! The game is a "sandbox" game so fully moddable and with future addons will open the game world up even further !

All models have received fresh design and looks. Characters are more dynamic now and we are introducing built-in terrain bases as well.

Second Edition of AVP contains all the patches and erratas we have collected over last year of testing and collecting feedback.

You can play with your fiends in cooperative way using The Last Stand Mode from First Edition. Aim of the game is simple - destroy Spawning Points of Xenomorphs, while Horde of Aliens is trying to do what they do best. Horde is controlled by The Game, while your brave Marines Squad or Predator Pack are controlled by players

AVP Second Edition is now in different box, in a square shape, instead of rectangular one. It will fit stacks of your favorite board games perfectly and it's much easier to handle now.

Biggest improvement has been done with models - you can place them on board straight from the box! No assembling required, no gluing, no cutters - just open a game and play! PROTECTIVE FOAM INSERT FOR MODELS

After you finish playing, you can assembly the game and put models back into the box without any risk of damaging them. All this thanks to protective foam we have used for miniatures.

We have spent a lot of time improving our assets, which results in new design of tiles, we are using for a game.